Background: Altiplano is situated in the Andes along the borders of several South American nations. It is a high plateau, only sparsely populated due to its aridity and extreme altitude (at least 3,700 m above sea level).

Once the almost exclusive province of mining companies, the great open-cast pits became econonomically inviable. Their closure left abandoned mining camps and other infrastructure strewn across the high desert. These bases were soon repurposed to support the construction of solar energy plants by the Agola Corporation in an attempt to revitalise the region. Later, Altiplano came to be used for other more clandestine purposes. Regional governments constructed clandestine research installations far from the prying eyes of oversight committees or the media. Drug cartels, meanwhile, also appreciated the border region’s isolation. Their smuggling camps dot the rugged mountains and dry canyons, moving constantly in an unending game of cat and mouse with national and international drug enforcement agencies.

Recently, tensions between NATO and CSAT have led to new frontlines being drawn in the plateaus of the Andes, as each bloc backed its own proxies among the nations of South America. The old mining camps and aerodromes are now occupied by international “stabilisation forces”. Ostensibly deployed to prevent long-smouldering border disputes igniting into brush fire wars, this military build-up has only added more fuel to the pyre. As NATO and CSAT face off around the world, it takes only a single spark to set Altiplano ablaze.

Additionally, the NATO AH-9 Pawnee and MH-9 Hummingbird and the civilian M-900 lose lift and cannot operate above 4,000 m.

This addon is released under the Arma Public Licence Share Alike (APL-SA) licence.

Known Issues:
1: AI vehicles intermittently have difficulty pathfinding across road bridges.
2: Fog does not function properly. It cannot be set above 1,000 m in Eden and produces odd visual effects in Zeus.

Credits & Thanks:
Silola for the X-Cam mod which was used to place most of the objects in this terrain.
Mikero, whose tools underwrite most of the the Arma modding community.
BIS for producing the Arma series.

Over the weekend arma terrain community lost one of its greatest, Bushlurker.

We are pleased to announce that we have completed the first version of the X-Cam-Taunus map. This version is around 95% completed and we want to release the final version later this year.

We would like to thank everyone who helped us with more or less work and knowledge and we hope that the Arma community will enjoy the beautiful places we’ve created. We also want to thank Bohemia Interactive for providing such a great game with the possibilities to built a map like Taunus, even that we have placed 99,99% of all objects with X-Cam 😉

Chernobyl Exclusion Zone is an area with controlled possibility of entry and residence on grounds of radioactive contamination caused by the Chernobyl accident in 1986. It is located on the territory of Kiev and Zhitomir regions of Ukraine and on its northern border with Polesie state radioecological reserve in Belarus.

The Zone is divided into two parts, an inner diameter of 10 km and an external 30 km from the accident site. The inner zone are allowed only employees of the plant, scientists and also limited permission participants of excursions. Into the outer zone has been slowly at their own risk and people returned voluntarily earlier evictions during the evacuation. These people rather a higher age receive from the state contribution for the purchase and importation of safe water and food grown outside the zone.

Map is created by real Chernobyl Zone. Objects are imported from great game series S.T.A.L.K.E.R. Map will not have locations like Stalker, e.g. Cordon, etc…

I’m making map in my free time and alone, so development is slow. Please report issues and errors there: https://a3chz.blogspot.cz/p/feedback.html

Kidal is a town and commune in the desert region of northern Mali. The town lies 285 km northeast of Gao and is the capital of the Kidal Cercle and the Kidal Region.

Special thanks:
-Mikero for his tools
-Liv2Die for RSPN Cave Systems 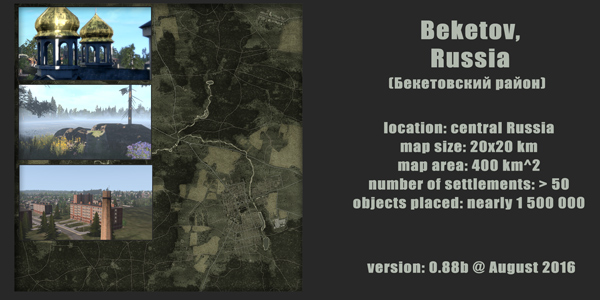 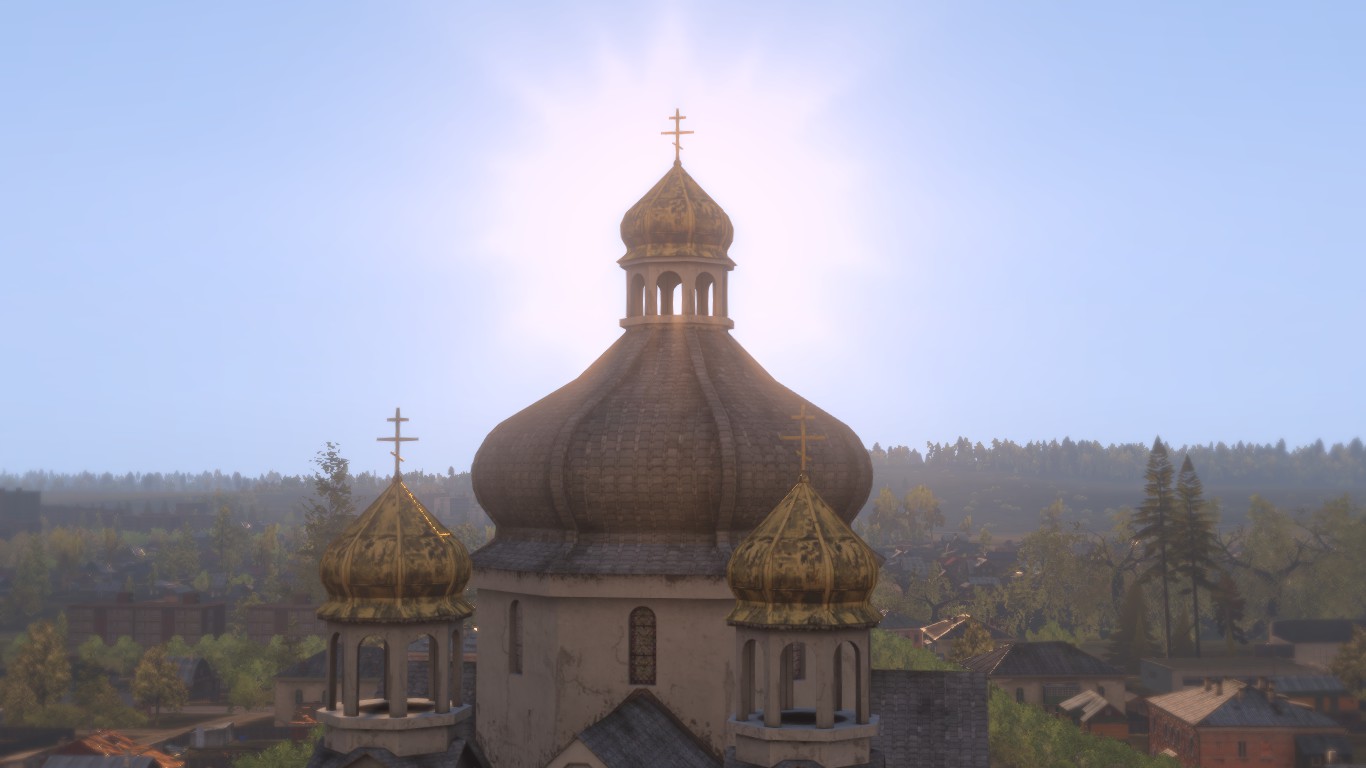 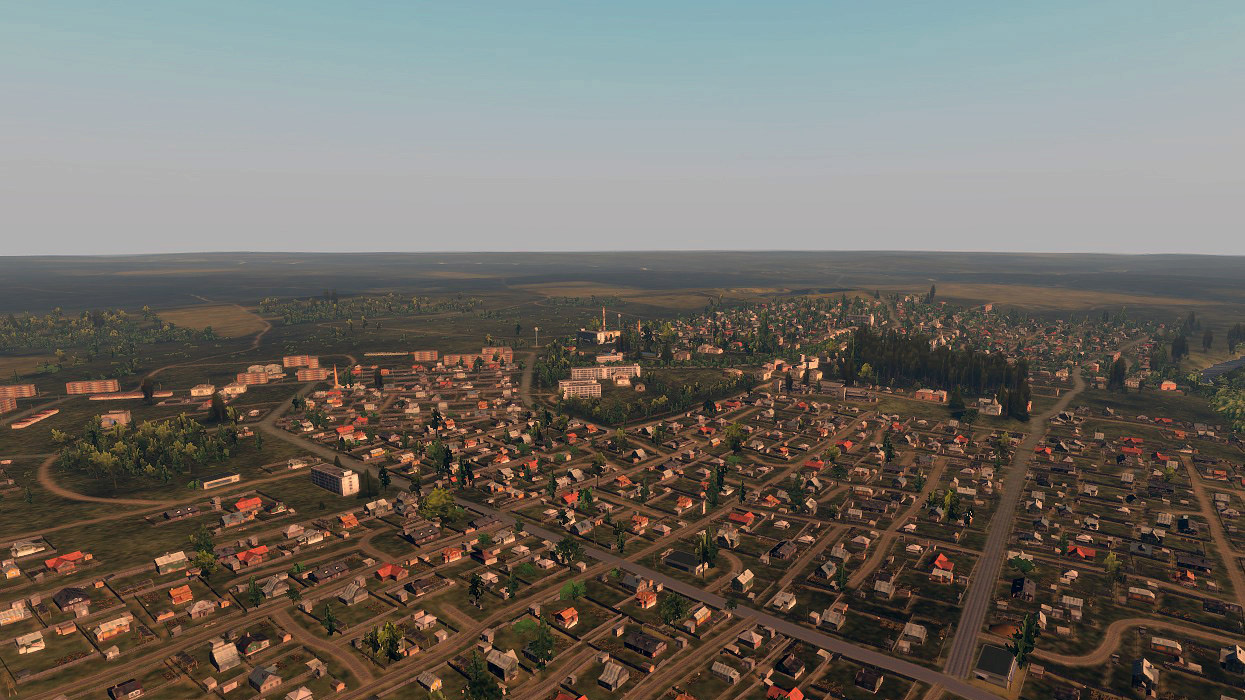 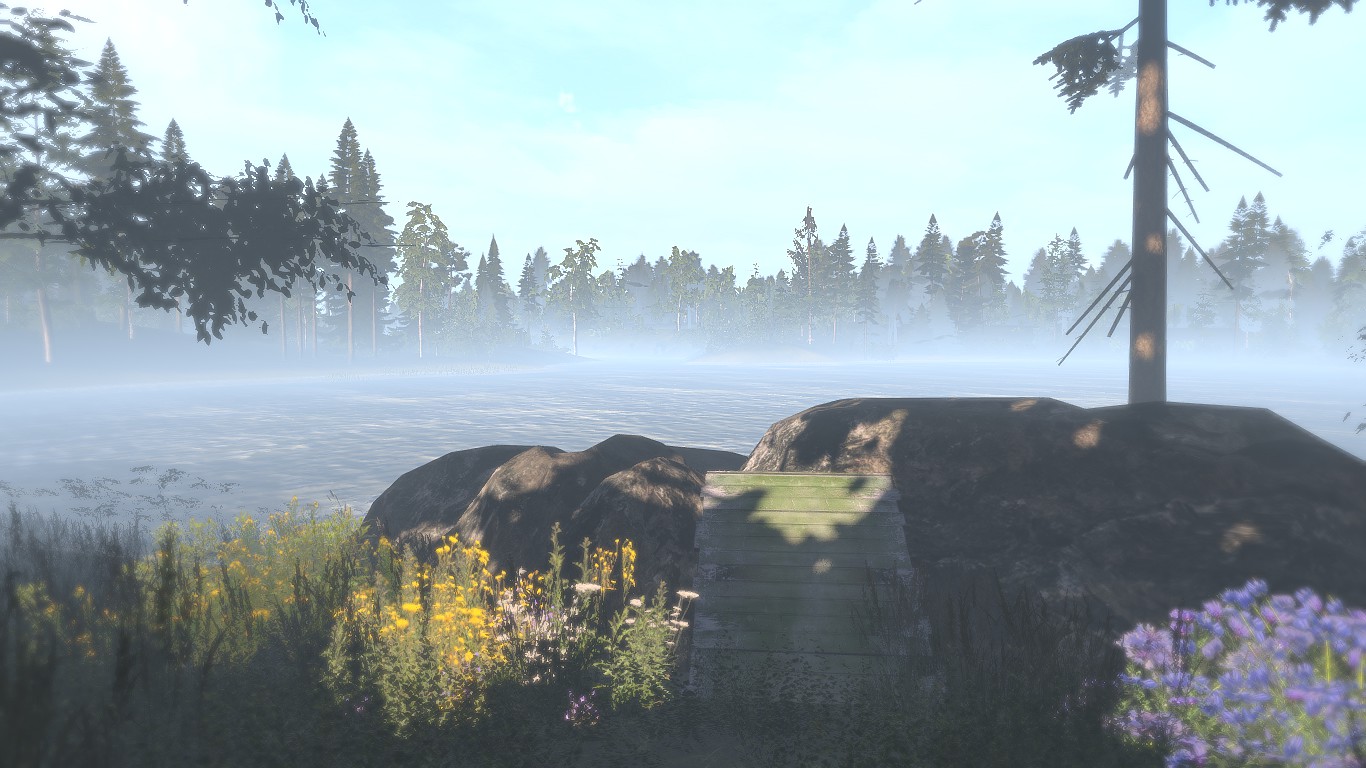 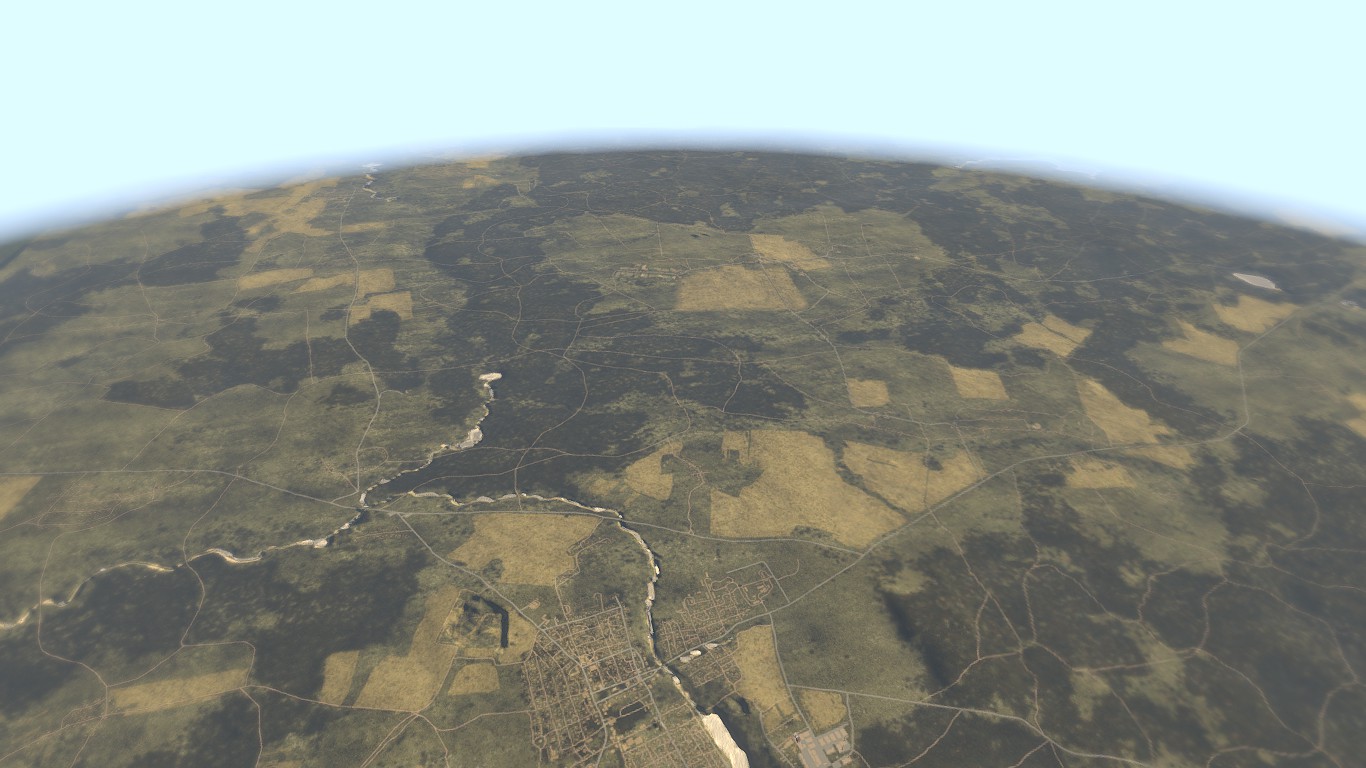 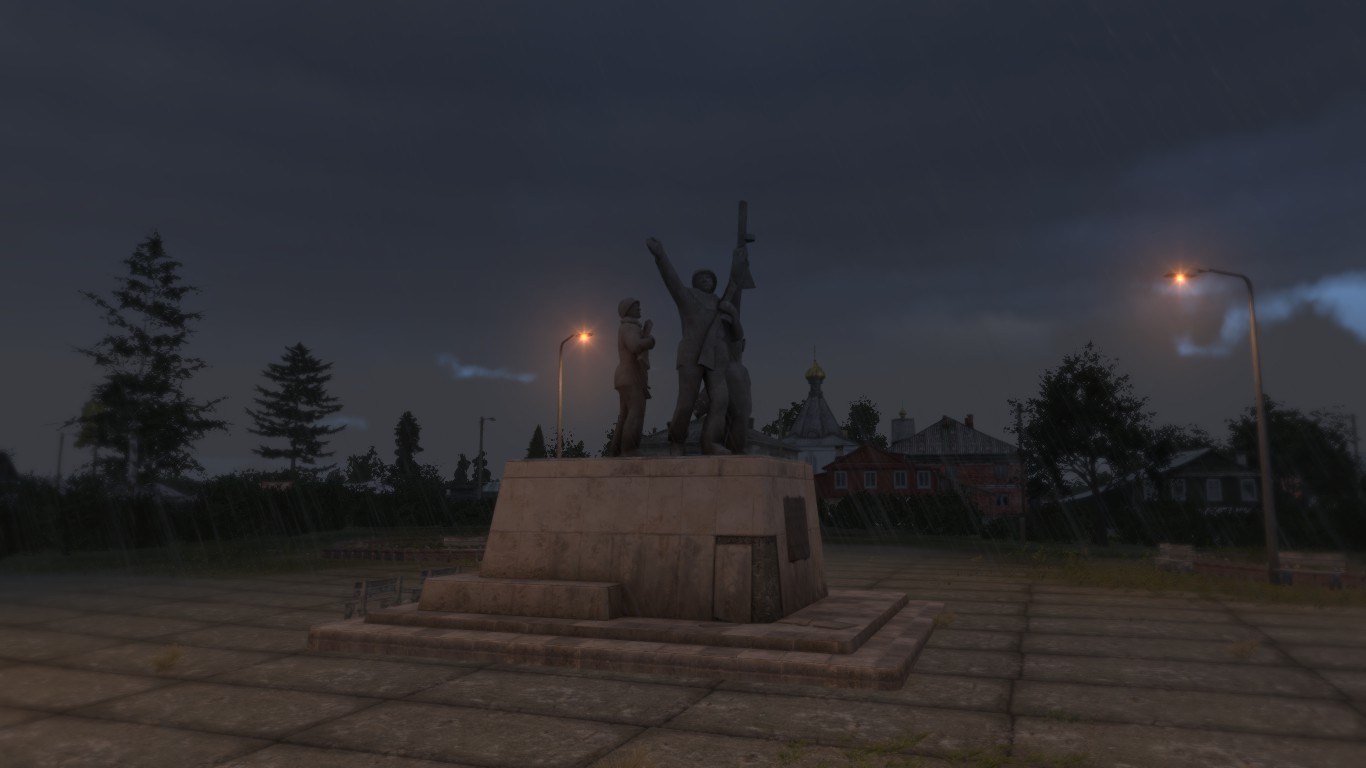 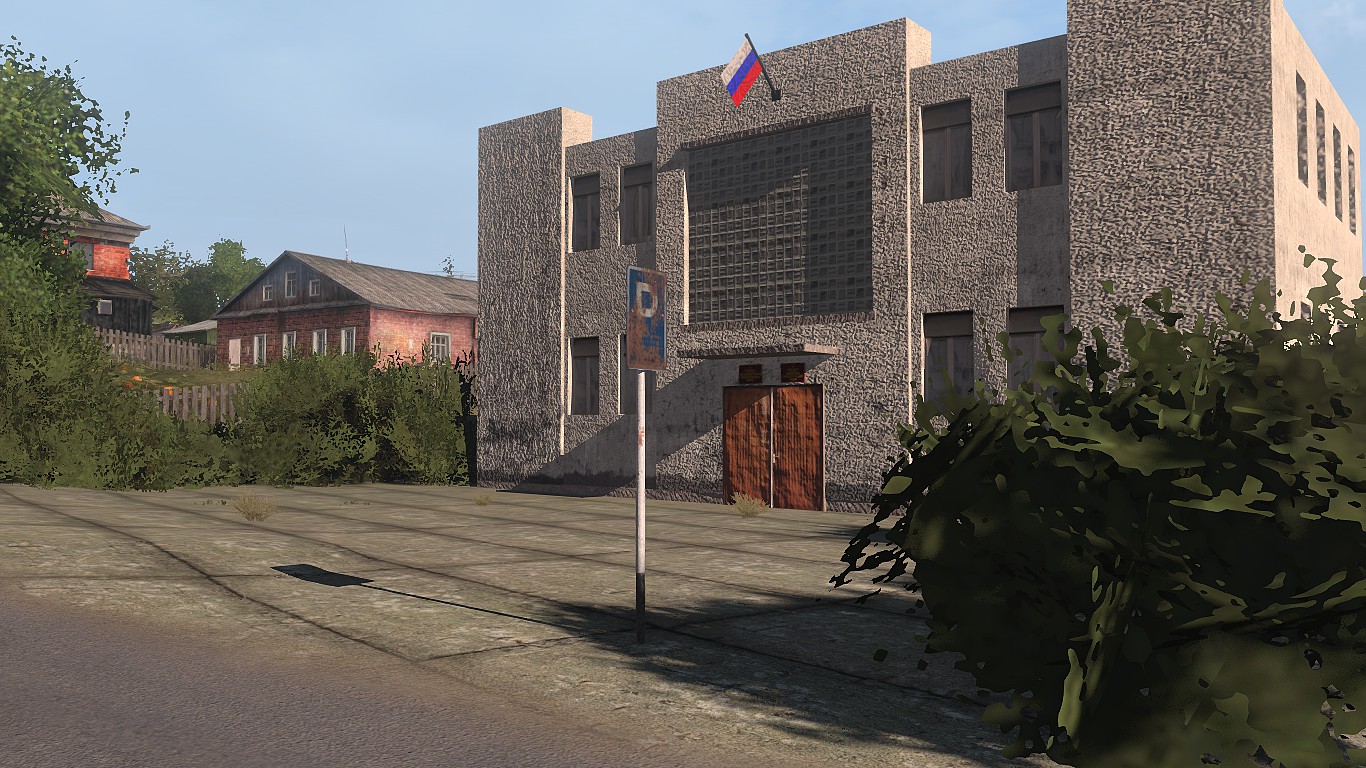 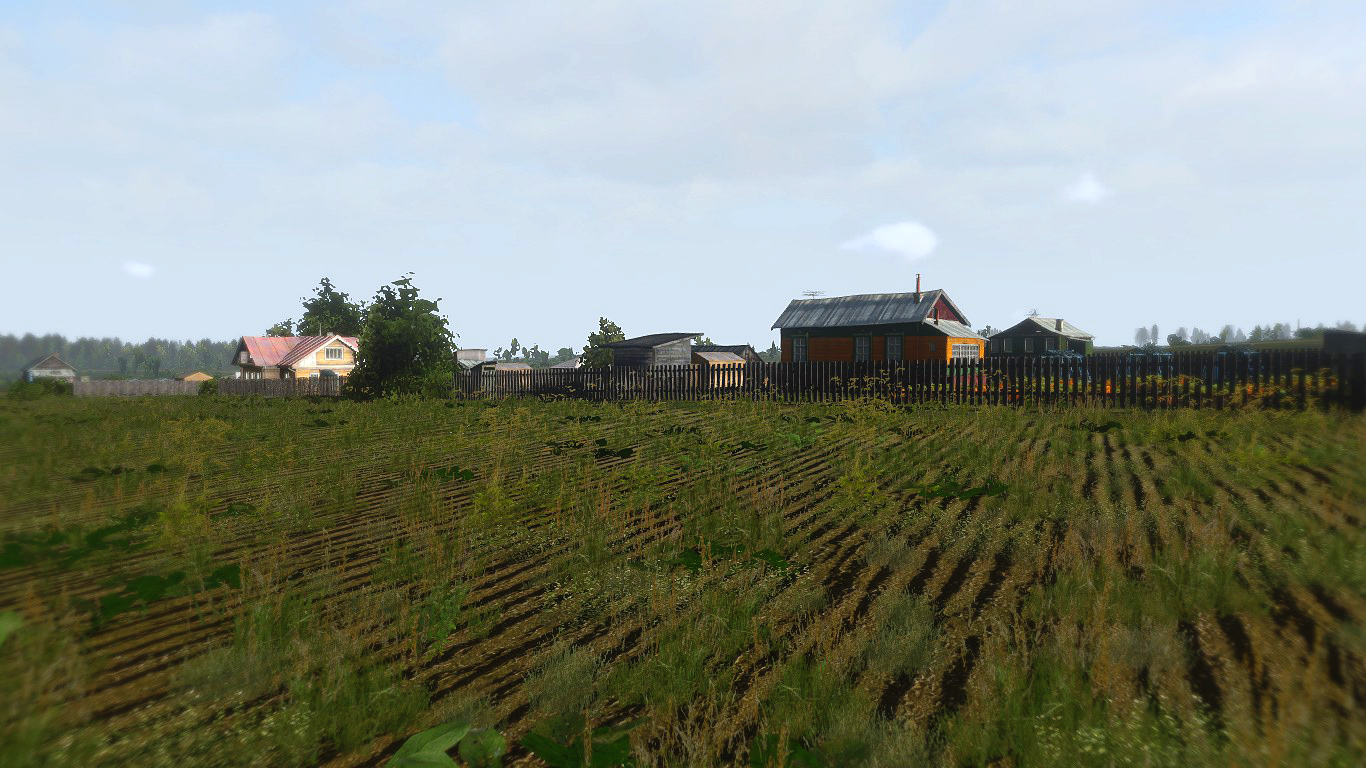 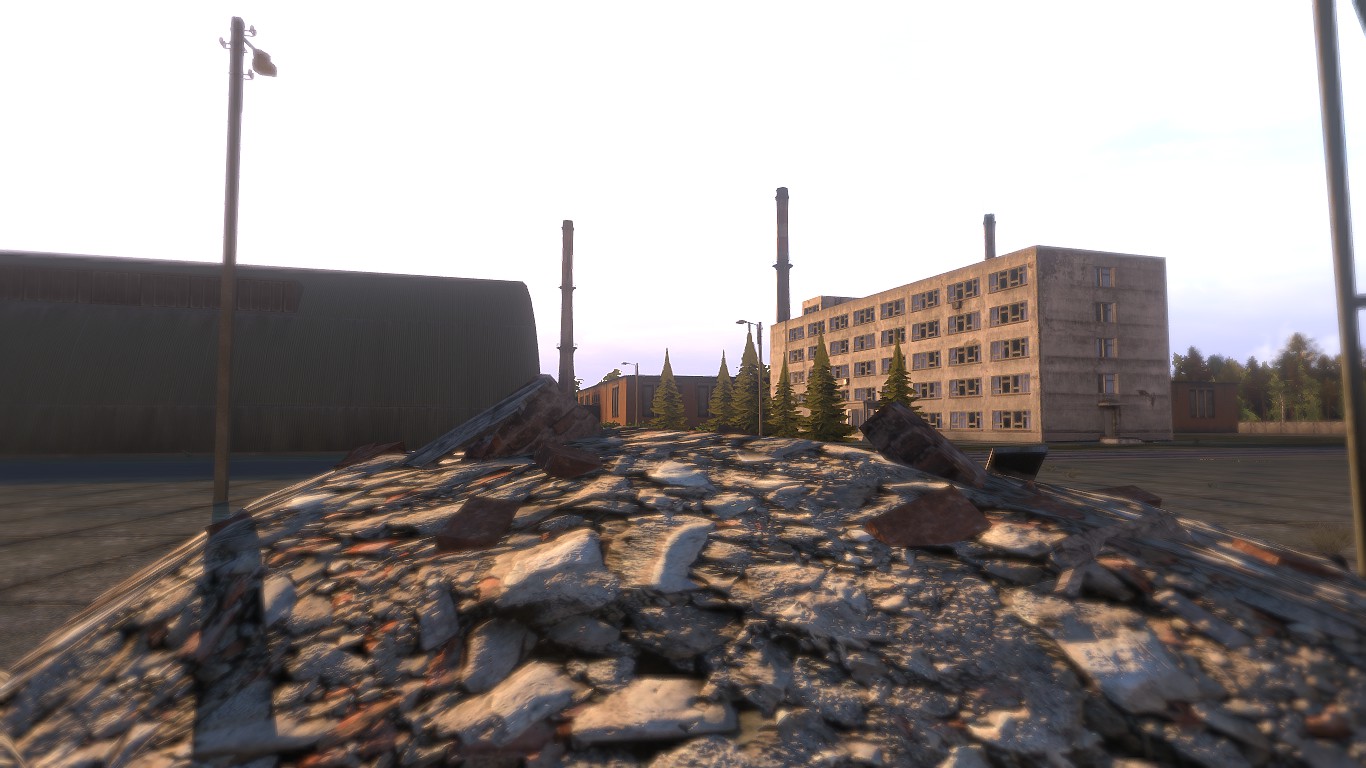 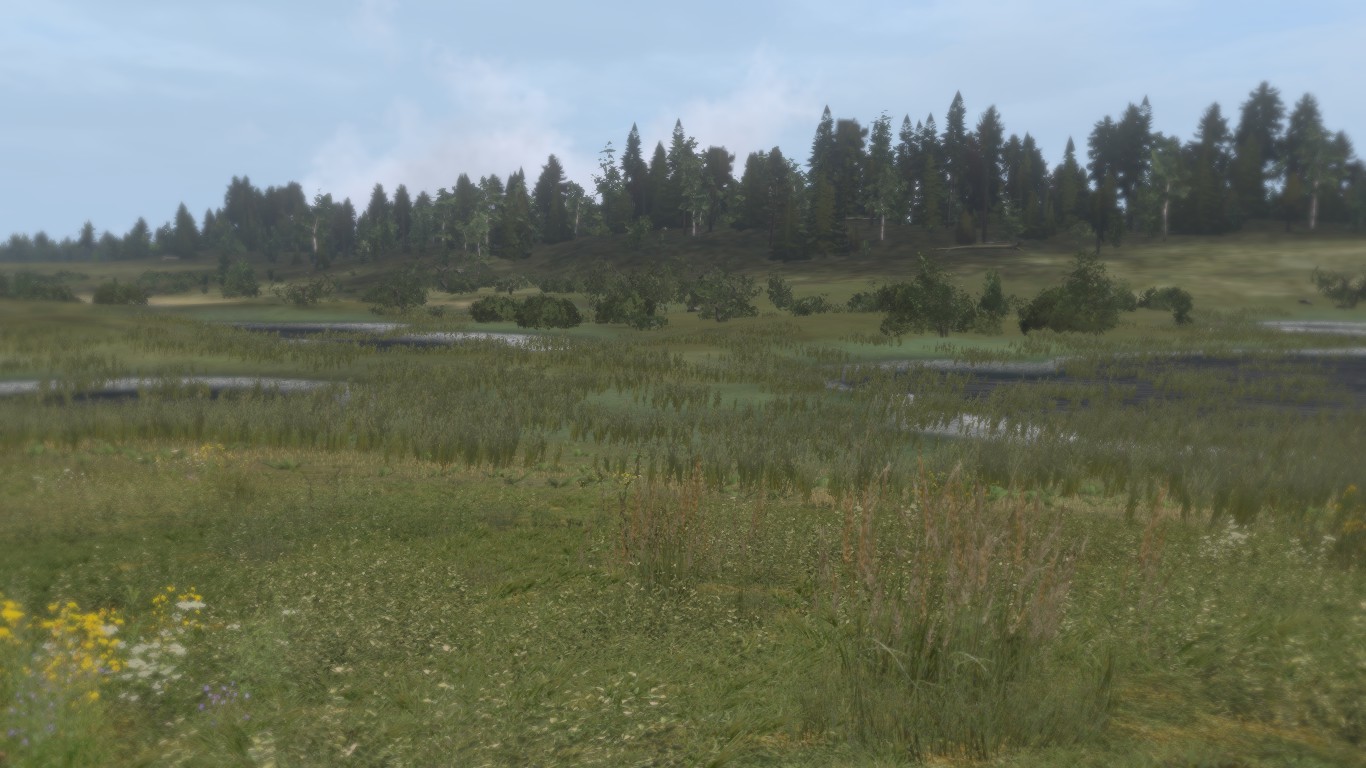 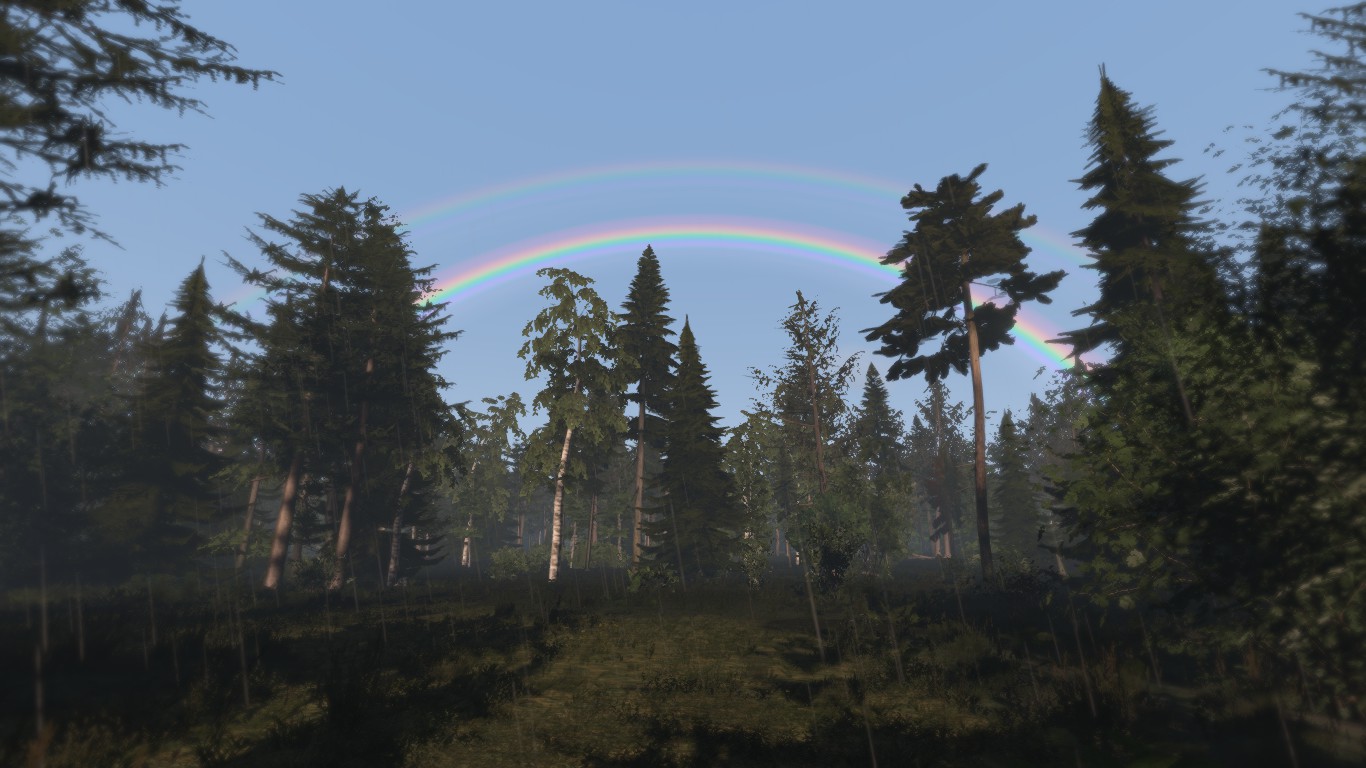 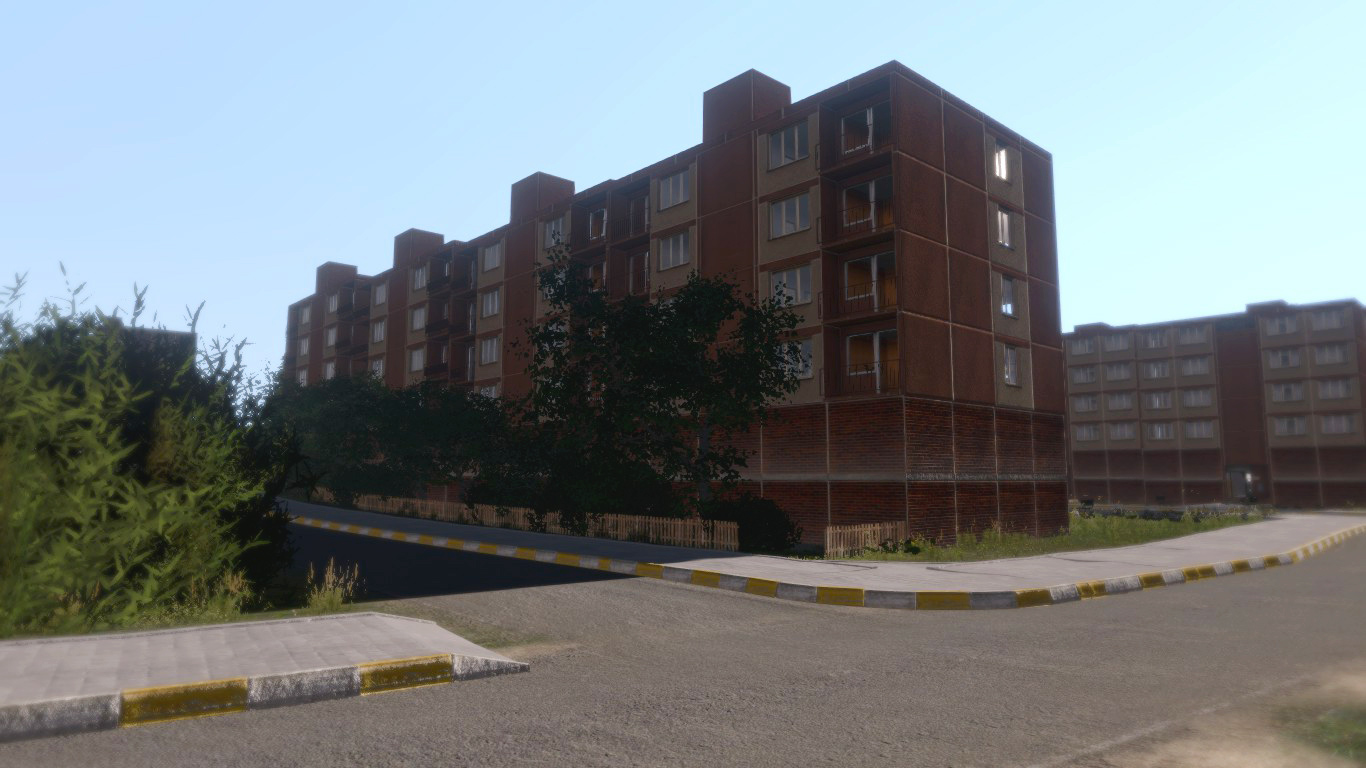 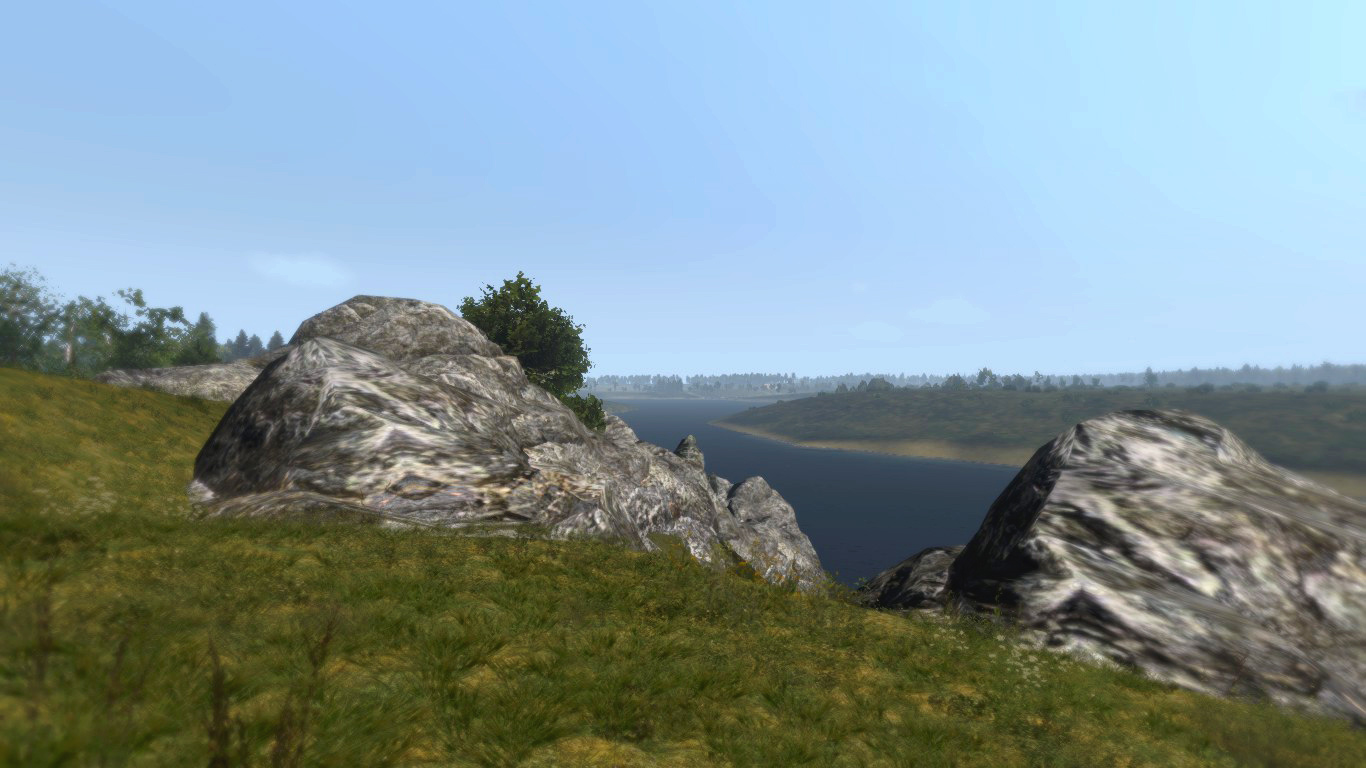 Beketov district is a part of Uisk region. Beketov urban-type settlement is located 75km away from Uisk and 340 km to the East from the Moscow.

Sobakino village of Uisk province is mentioned in documents since the second half of XVII century. It belonged to Dergunov-Sobakins landlords. In the middle of XIX century, the village became the state-owned property and acquired the status of a district center. In 1935 the village of Sobakino was renamed in Beketov village. It was named after one of the activists of Bolsheviks party. A few of collective farms (kolhozes) were formed right away in that new Beketov district.

Economy.
The economy of the district is mostly formed of agriculture, forestry and service sectors. The largest enterprise — Beketov chapelnik factory which is on the brink of bankruptcy since 1993. There are also operating a few open joint stock companies (OJSC) «Krasnoselskiy elevator», «Studenetsky distillery» and private enterprise of Gevorkyan S. G.

Culture, education and health service.
The cultural objects are represented by «Vperyod!» (“Forward!”) cinema theater (Beketov urban-type settlement), the house of culture of Krasnye seltsy village and lots of churches. There are Cathedral In the Name of Entry into Jerusalem (Beketov urban-type settlement), Church of the Kazan Icon of the Mother of God (Krasnye seltsy village), Church of All Saints (Karavayky village) among them. Also, there is a ruined Armanihinsk church there (Armaniha village) and Dergunov-Sobakins farmstead which is preserved to our days.

Educational institutions are represented by 11 schools and 1 professional lyceum. There are 5 libraries, 11 smaller health centers, and Beketov Central Hospital.

Gratitudes: The author is grateful to everyone who helped to create the island – 3D-objects artists, technical problems solutions assistants: Mikebart, das Camper, argument, Shelestov, udaloy, Yanot and other good people.

Keep in mind that this is Beta-version and there are a few errors on the map.

– Some of the fences are rising up when destroyed. This bug is there because of there’s no way to add a line in geometry lod because the object is in ODOL format. Link to the object: beketov_ob\Pale_Wood2_5.p3d
– Geometry problems with road police post building (vtn_bdg_post_md), postal office building (vtn_bdg_postoffice).
– No moon at night.
– River fords are marked as roads on the map (left as is for the testing purpose).

– Standart building of a common village house of culture.
– Standart school building of bricks or concrete panels.
– New administration building with an interior.
– New building of a road police post.
– Tombstones, flower beds and fences for the cemetery.

The author would gladly accept any help in fixing those bugs and shortcomings. Also, I’m looking for a person who would shoot a nice promotional video for the Beketov map.

Karia terrain was updated to v1.1 by Aphex26. The terrain is based on Governor´s Island, NYC although the available assets make it hard to create a perfectly similar terrain. On top of that I wasn´t able to get original height data and sufficient reference images so you might notice differences. To give an example: the terrain is flatter then the original.

The terrain itself is 16km^2 big which is true to the original size.

My first terrain! A small terrain I made just to teach me the in’s and out’s of terrain building. Even if most of what I learned is that BI makes terrible tools. Well with out further ado here it is……yay 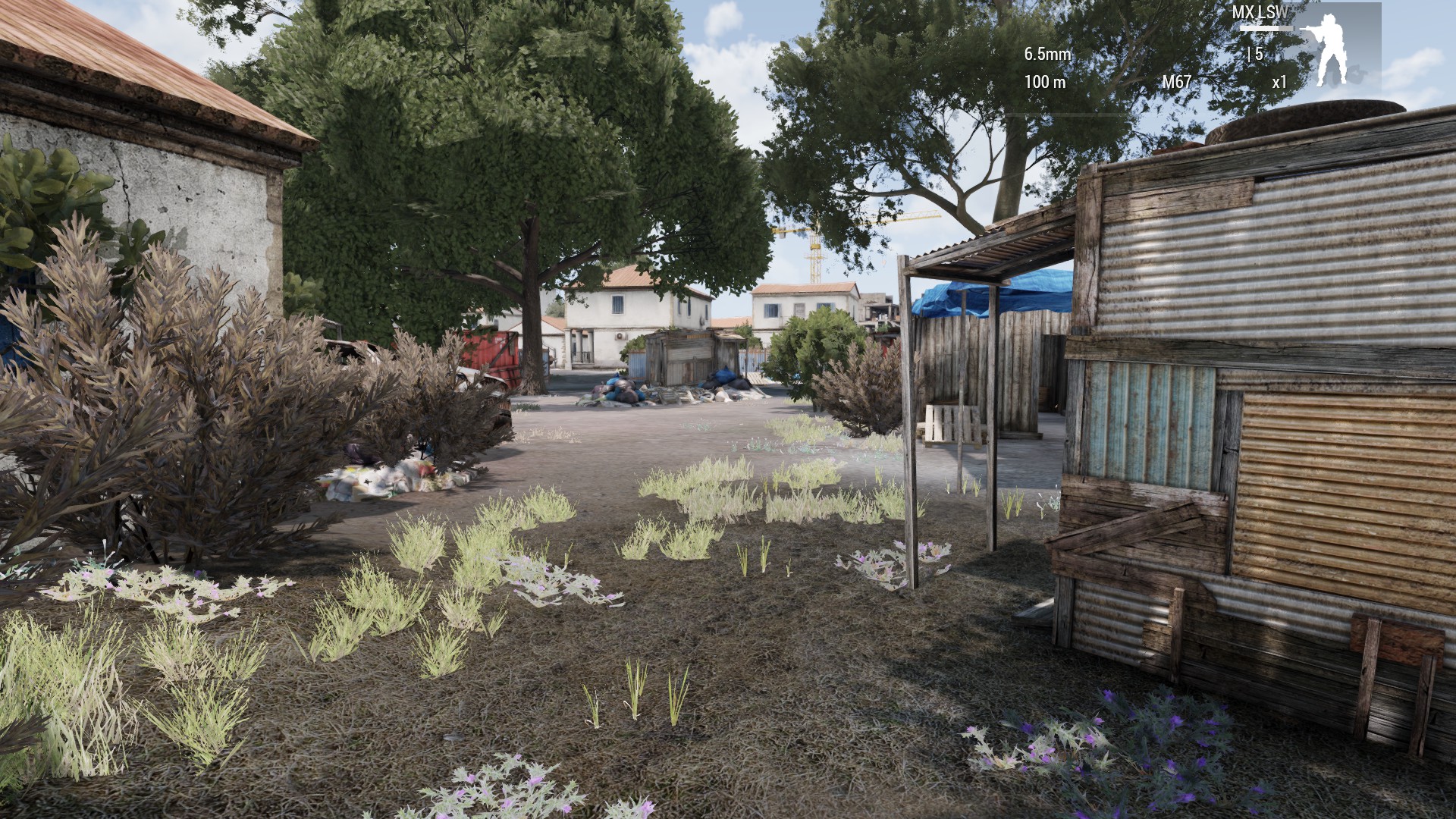 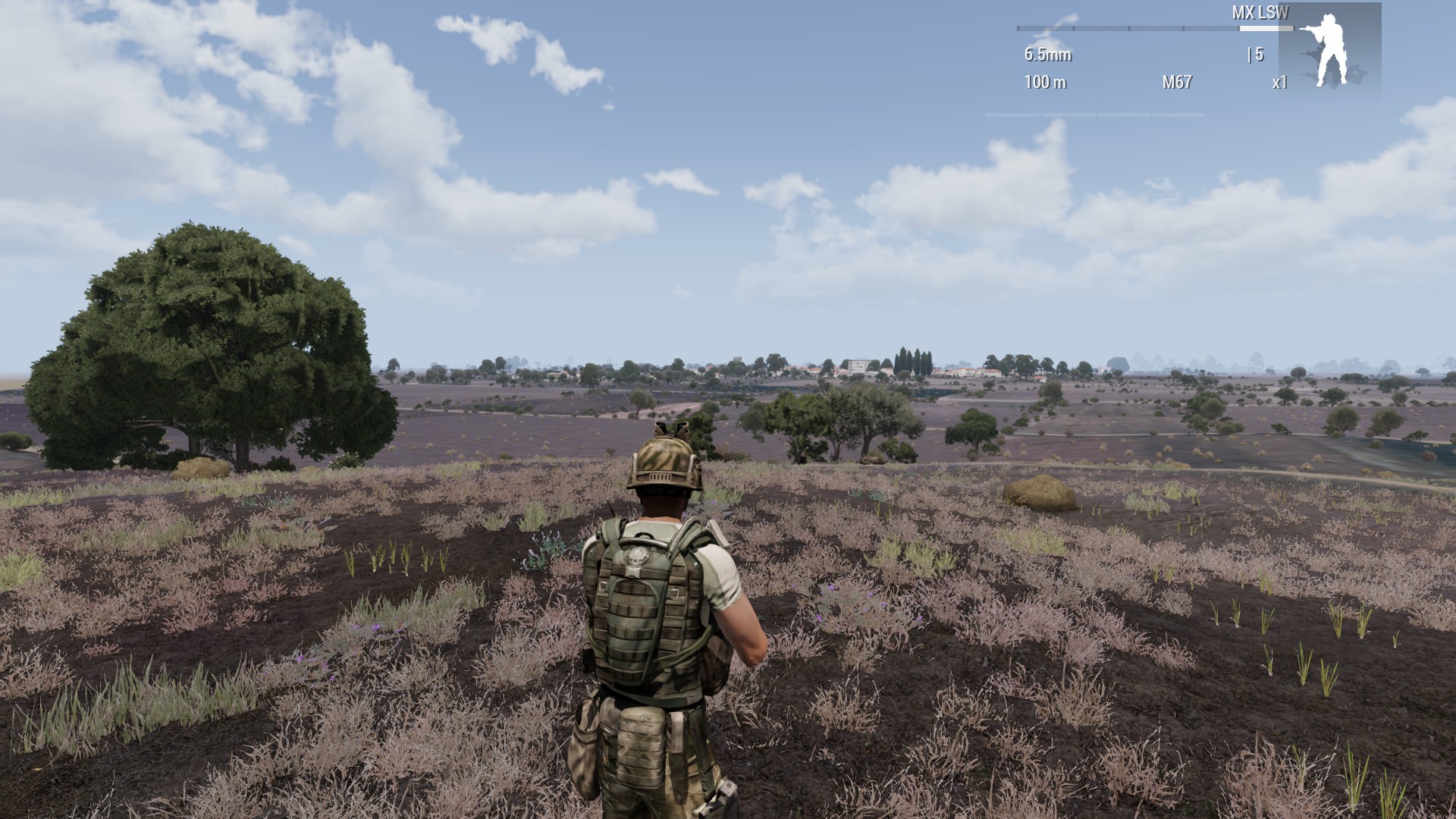 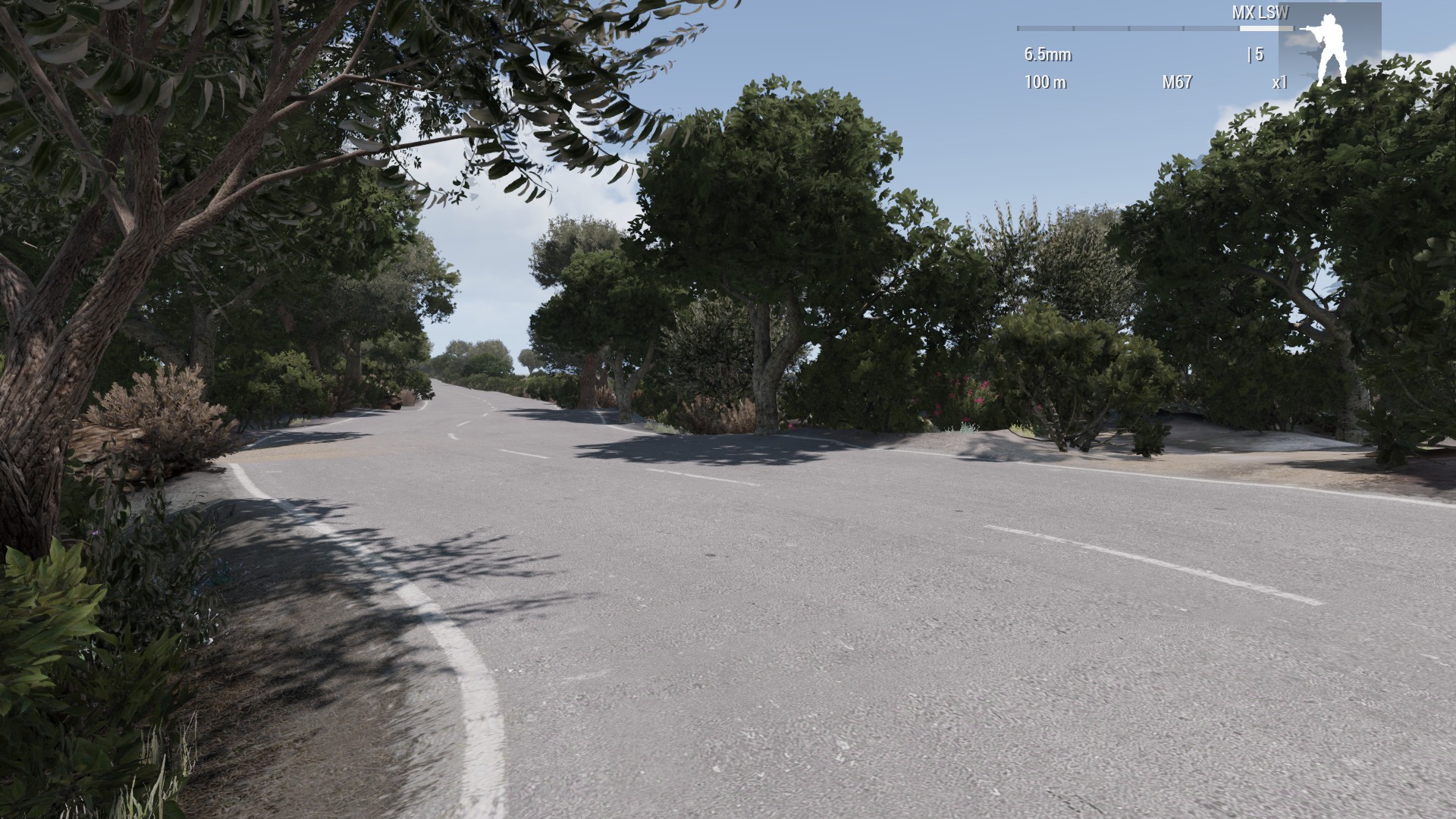 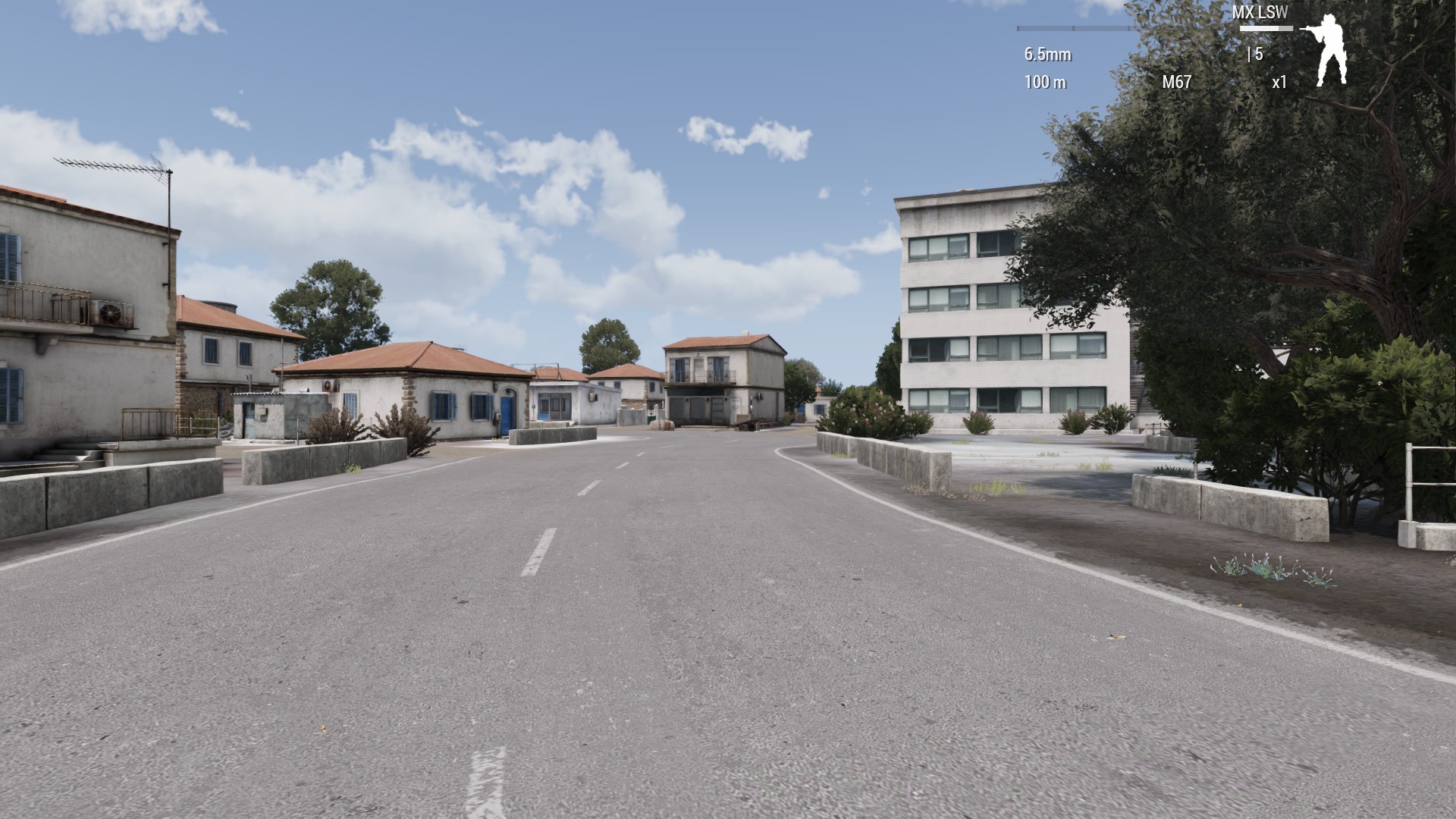