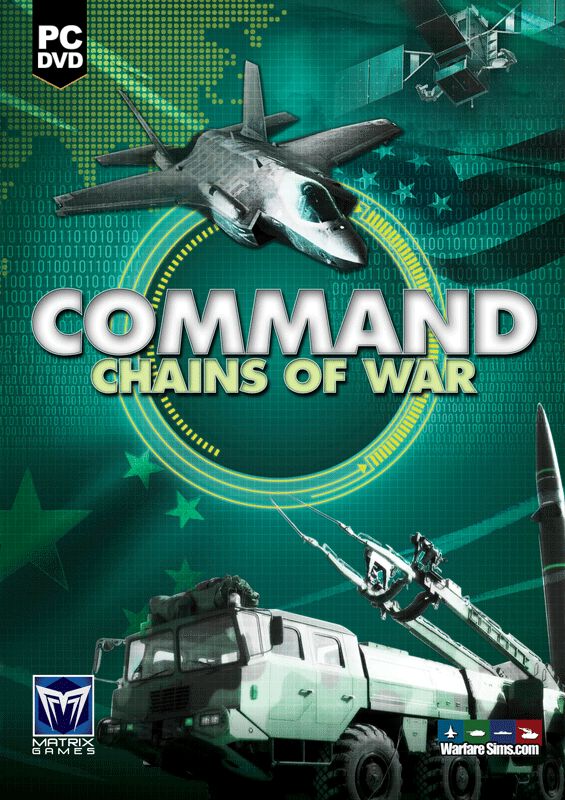 The scenarios of Chains Of War

The new features of Chains Of War: Communications disruption

The new features of Chains Of War: Aircraft Damage

The new features of Chains Of War: Lasers, railguns and tactical EMPs

The new features of Chains Of War: Cargo, amphibious and airdrop operations

The public beta phase of the v1.12 update (the companion to the upcoming “Chains Of War” DLC pack) has been concluded, and the “Gold” version is now going through the production paces. We have already covered most of the new major features in the DLC, such as communications disruption, aircraft damage and the new weapon types. Today we are looking at arguably the most anticipated new feature of v1.12: Cargo, amphib and airdrop operations.

Faithful representation of landing & airdrop operations was a high user request even back on the early alpha development days of Command. The v1.0 release shipped with a respectable system that combined the new docking-operations ability and the rich new capabilities offered by the powerful event editor (and later Lua), the classic example being along the lines of “once amphib/transport/airdrop vehicle X reaches area/point Y, teleport/spawn unit-Z on the vehicle location to simulate the drop off”.

This worked, but was of course limited (for example the player was restricted in which areas he could disembark forces); poaw illustrated the limits of this system hilariously in his not-a-review of CMANO v1.0. We were aware of these restrictions and have been gradually working on “something better”.

Transportable forces, and the people who love carry them

In Command’s terminology, all units that that can be transported by other able units are counted as “cargo”. This can cover anything from foot infantry up to super-heavy vehicles or transportable facilities. In order to realistically restrict what any unit can carry, we had to expand the available information both for the units marked as carry-able and the units that can act as transports:

* For transportable units, the volume, weight and crew properties are populated in the databases. The general type of the unit is also delineated as one of five basic types (personnel teams [Squads, MANPADS, ATGM], small cargo [Car, AAA Guns, light guided weapon], medium cargo [APC, Towed Arty, heavy guided weapon], large cargo [Tank, missile TEL, Trailer], and very large cargo [IRBM / ICBM TEL]).
* For units that can act as transports, their available weight, volume and crew limits are also present in the databases. Each unit also has a “maximum cargo type” indicator for the kind of load it can carry. For example, while you can cram quite a few people into a C-130 if you get creative, you cannot really load a medium tank on it (It’s been tried. Once.)

When the time comes to actually start loading, manually or automatically, these properties are cross-checked and either presented to the player as restrictions or obeyed by the crew AI in its decisions as to what to load where.

Transfer of units can occur both between one independent unit and another (e.g. personnel from one ship to another), or from a parent host to its hosted unit (e.g. from a pier to a docked ship, or from LPD to hosted LCAC), or from a host unit to any arbitrary point on the map.

The loading of able units in suitable hosts, as well as the actual transport from X to Z, can happen in either mission AI-driven mode or with direct player intervention.

By hand and heart

Like every feature in Command, there is always the option to perform every action manually. Cargo is no different.

Pictured below is the interface for exchanging cargo between docked units and their hosts (think: hovercraft in the well-deck of a LHD, or a C-130 at an airbase).

This example illustrates a typical airdrop, with all the steps performed manually by the player:

And this video demonstrates transloading a heavy assault force from a naval base to a Wasp-class LHD that is currently docked at the pier, and preparing for an amphibious landing:

We’re on a cargo mission from God

So only the micromanagers get to have all the fun? No way! A new class of mission (“cargo mission”) has been added for those who prefer a more “hands off” approach (and of course for the benefit of non-friendly AI sides).

Cargo missions are broken down by the units (hovercraft, helicopters, aircraft) assigned to unload, and then by the cargo items themselves. Multiple cargo missions can be assigned to fine-tune the locations where the units are unloaded.

The mission progresses in a cycle, the units assigned to the mission load up units from their assigned base – either a ship at sea (LHD, LHA, CV etc) or an airbase – then take off, set course to the mission area reach the mission, then unload, and RTB. This continues until every piece of cargo has been unloaded.

Using our previous example with the amphibious assault force now in position, we can either manually again transfer the mobile units from the large amphib to its hosted LCACs and helicopters and fly/sail them to the beach…

….or we can create a cargo mission to handle the landing, and sit back and watch:

One future direction the cargo functionality could move in is allowing weapons to be moved from airbase to airbase by cargo aircraft. An example of this might be an embattled Norwegian airbase in the opening hours of WWIII eating through AMRAAMs like they were candy. Large stocks of AMRAAMs exist in bases in the UK, so let’s pack up 40x AMRAAM on the next C-130 flight heading towards the frontlines. There are quite a few similar use cases and we are open to community feedback as to which cases deserve development priority and why.